Breast Cancer Radiation Treatments Might Be Taking Too Long 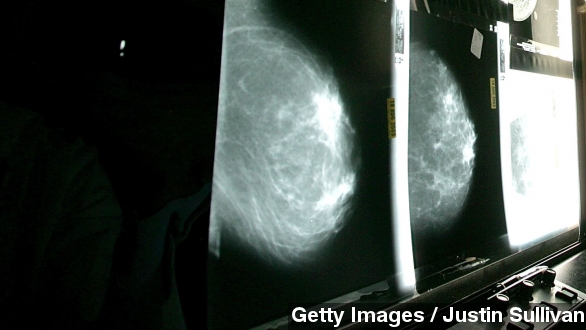 SMS
Breast Cancer Radiation Treatments Might Be Taking Too Long
By Madison Burke
By Madison Burke
December 11, 2014
Researchers found two-thirds of U.S. women being treated for early-stage breast cancer were getting radiation for longer than necessary.
SHOW TRANSCRIPT

A new study claims most American women who are being treated for early-stage breast cancer are getting radiation for longer than necessary.

Researchers from University of Pennsylvania looked at insurance records and found as many as two-thirds of post-surgical patients are getting six to seven weeks of radiation therapy. (Video via University of Pittsburgh Medical Center)

That's despite multiple studies that have shown three-week courses of higher-dose radiation are just as safe and effective. (Video via Texas Health)

The short treatment plan, called hypofractionated radiation, gives the patient the same amount of radiation overall, but with less of a time commitment. The technique is widely used abroad and is endorsed by several U.S. cancer treatment organizations.

And a 2011 study found most women undergoing treatment prefer the shorter treatment plan.

It even lowers total costs, though mostly for the insurance companies instead of the patients, most of whom have hit their deductibles either way. (Video via Royal Australian and New Zealand College of Radiologists)

But The New York Times and NBC quoted American industry experts who explained doctors can be hesitant to switch to new treatments, especially if they've been using the same technique for decades.

And a researcher explained to MSNBC there's also a financial incentive for doctors to use the older, longer treatment plan.

"The fact is that they are also paid substantially more to give the longer treatment. ... One is much better for women, and they actually pay the one which is better for women less," said Ezekiel Emanuel.

The researchers behind the new study said new financial incentives should be put in place to encourage doctors to explore the shorter plan with their patients.