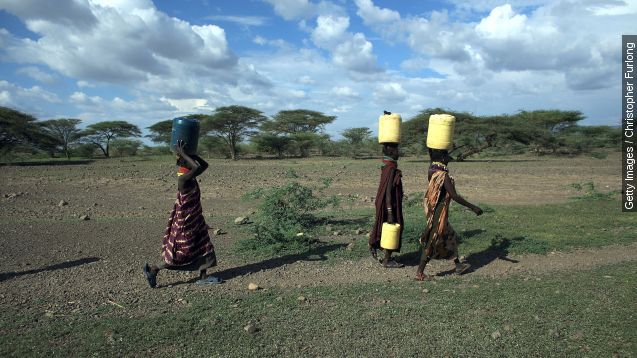 In low-income countries, where breast cancer education and treatment options are scarce, survival rates can dip below 40 percent.

If there's one big myth surrounding breast cancer, it's that it's a disease of the wealthy. When in fact, breast cancer is now the leading cause of cancer deaths among women in low- and middle-income countries. (Video via Susan G. Komen)

So, women are dealing with breast cancer worldwide. But where in the world a woman lives effectively determines her prognosis.

In North America, survival rates are as high as 80 percent. In some low-income countries, where extreme poverty makes it hard to seek care, survival rates are well below 40 percent. And even when women do receive care, their diagnosis is often late — making treatment less effective. (Video via Susan G. Komen)

The World Health Organization predicts incidents of breast cancer in less-developed countries could increase by as much as 60 percent between 2010 and 2030.

Urbanization and economic development have a lot to do with that. (Video via United Nations)

So, in countries with limited health-care resources where mammograms aren't always affordable, what's the answer? (Video via United Nations)

Breast cancer education and awareness is also key. After all, a woman won't notice a warning sign she doesn't know to look for.