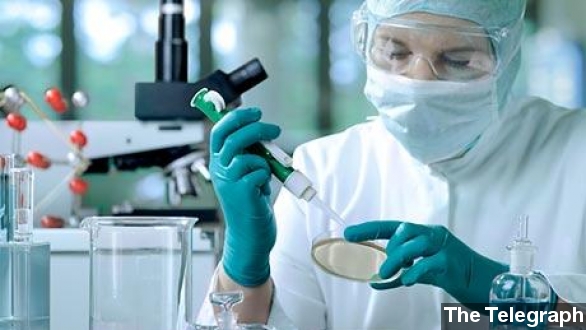 SMS
'Breakthrough' Stem Cell Research Might Have Been Fabricated

By Danny Matteson
April 1, 2014
The researchers initially reported a simple process by which stem cells could be created, but others have had trouble replicating the results.
SHOW TRANSCRIPT

It was hailed as a major scientific breakthrough — a simple method to create stem cells from adult cells — but now the lead researcher behind that study is being accused of fabricating her findings. (Via Science, CNN, The Independent)

“A recently announced breakthrough in stem cell research may have been based on false information.” (Via News 12 Connecticut)

In that news conference Tuesday, a disciplinary committee found Obokata guilty of misconduct and vowed she would be punished, adding:

“There is no doubt that she was fully aware of this danger. We've therefore concluded this was an act of research misconduct involving fabrication." (Via BBC)

Back in January, Obokata, along with Japanese and American colleagues, published research claiming they had discovered a process by which cells from an adult mouse cells could be converted to stem cells using an acid bath. (Via NHK, Nature)

It was a method that could have potentially led to new treatments for conditions like heart disease, diabetes and Parkinson’s — while simultaneously alleviating ethical concerns. (Via CNN)

But the research soon began to unravel. In mid-February The Wall Street Journal reported that several labs were unable to replicate the study’s results.

And according to Time, by March one of the senior researchers on the paper called for it to be retracted — saying he could only replicate the findings with Obokata’s help.

But, the plot thickens — at least one lab claims they have successfully replicated the results.

According to The Guardian: “In a bizarre twist in an already convoluted story, the committee's ruling against Obokata came moments before an independent researcher claimed to have succeeded in making the cells using a slightly different procedure.” (Via The Guardian)

For her part, The Japan Times says Obokata expressed “shock and outrage” over the ruling and has vowed to appeal.