One Brazilian Judge Orders Lula's Release — But Another Blocks It 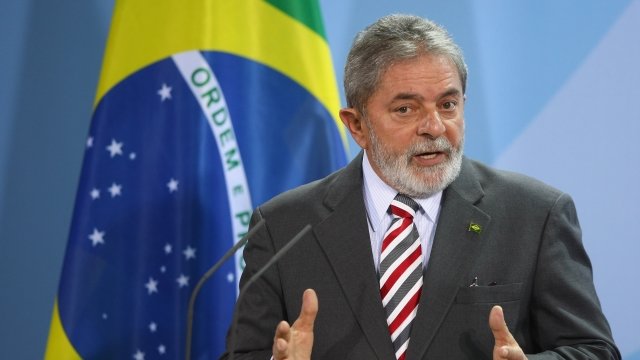 Former Brazilian President Luiz Inácio Lula da Silva — who's serving 12 years in prison for a corruption conviction — caused some back and forth between judges Sunday.

One judge ordered that "Lula" be released from prison while he appeals his conviction. But that decision was blocked by Federal Judge Sergio Moro, who says the judge didn't have the authority to order Lula's release.

Here's some background: In July 2017, Judge Moro convicted Lula for corruption and money laundering after he allegedly accepted a bribe in the form of a beachfront apartment.

Lula has consistently denied any wrongdoing and appealed the decision.

It's still unclear whether Lula will actually be released.