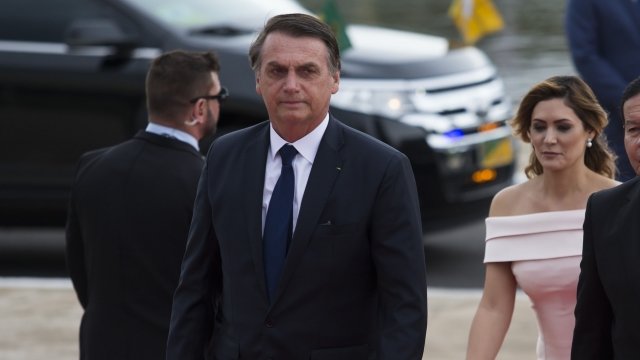 The Associated Press reports that in one order, Bolsonaro removed the responsibility of LGBTQ concerns from the Human Rights Ministry but didn't place it under any other agency. The far-right leader has criticized the LGBTQ community in the past, at one point calling himself a "proud homophobe." Activists fear this is just the first of many rollbacks targeting that community.

In another order, Bolsonaro moved the indigenous affairs agency FUNAI from the Justice Ministry to the Agriculture Ministry. That ministry will now be in charge of identifying and registering lands traditionally occupied by indigenous people. It will also control public forests.

The move is a win for agribusiness advocates, which could now gain access to formerly protected land like the Amazon rainforest. But environmentalists say the order will cause "an increase in deforestation and violence against indigenous people."

Bolsonaro was sworn in Tuesday. He's promised to create a "society without discrimination or division."