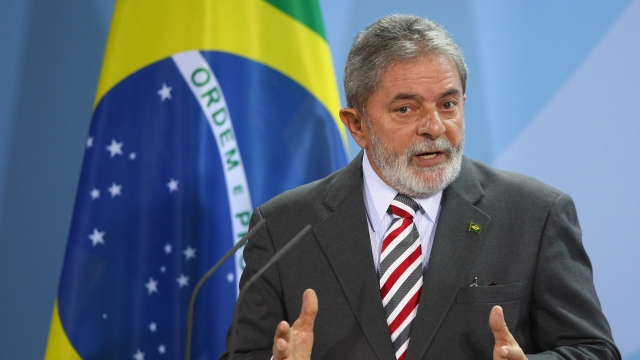 A Brazilian court convicted "Lula" of accepting work from two construction companies on a farmhouse in return for guaranteeing them contracts with government-affiliated oil company Petrobras. He was sentenced to 12 years and 11 months.

He's already serving 12 years for a separate conviction on charges including money laundering and accepting kickbacks.

Lula has consistently denied any wrongdoing. Before his latest conviction, he said he didn't even own the farmhouse that was being renovated.

Under Brazilian law, his two sentences can be served consecutively.

The conviction comes as part of a larger investigation into a scheme involving Petrobras.