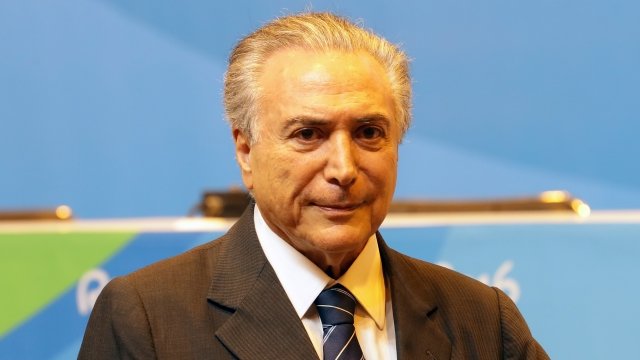 Despite a scandal-filled start to his term, it appears Brazil's President Michel Temer is here to stay.

Then the owner of the parent company behind the meatpacker recorded Temer allegedly supporting a plan to pay off Brazil's former speaker of the house, who was jailed for corruption.

That owner, Joesley Batista, supplied the recording and testimony as part of a plea bargain in his own criminal case for corruption. Temer says the audio was doctored.

To suspend Temer and bring him to trial, two-thirds of Brazil's 513-person lower chamber of Congress would need to vote for it. But the government says it has more than enough votes to stop that from happening. 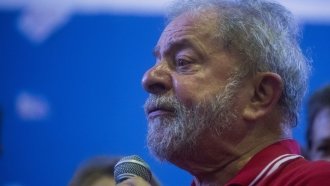 Former Brazilian President Gets 10 Years In Prison For Corruption

Amid the scandal, Brazil is facing a serious recession and protests from its citizens. The constant instability at the top of the government won't help investors feel any better about Brazil's market.

The previous President Dilma Rousseff was removed from office in August 2016 after she was accused of doctoring paperwork to cover gaps in the budget. Her predecessor, Luis Inácio Lula da Silva, was just convicted of corruption for accepting bribes.

In Brazil's hyper-partisan political climate, it can be tough to tell fact from fiction. Lula, Rousseff and Temer all say they're innocent and that the accusations are politically motivated.

Though it doesn't appear that the people of Brazil buy Temer's story. He has an abysmal 5 percent approval rating.

The next election for the presidency and all 513 seats of the lower chamber is scheduled for 2018.