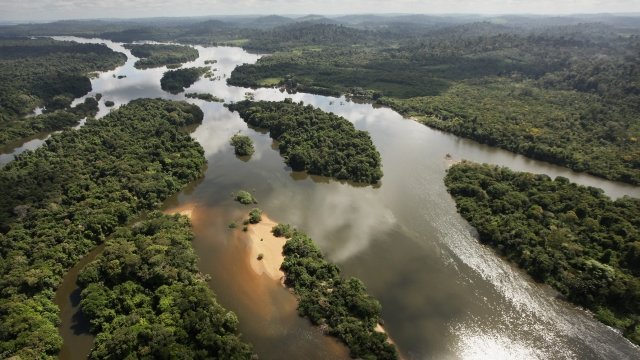 SMS
Brazil Opens Part Of The Amazon Rainforest To Privatized Mining
By Grant Suneson
By Grant Suneson
August 24, 2017
To combat its recession, Brazil will let private companies mine in parts of the Amazon. But environmentalists are worried about the impact.
SHOW TRANSCRIPT

Brazil's government is rolling back environmental protections in a massive chunk of the Amazon rainforest.

In 1984, Brazil blocked private companies from mining a 17,800-square-mile part of the Amazon. But President Michel Temer is reversing course.

The area — called the National Reserve of Copper and Associates — is believed to have precious metals like copper, gold and others. The government says mining companies will only be able to extract from about 30 percent of the land.

The reason stems from Brazil's ongoing economic turmoil. The country is in the midst of one of its worst-ever recessions and President Temer is hoping to attract outside investment into the country and create jobs. 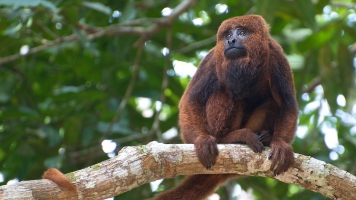 A Lot Of Monkeys Are Dying In Brazil, And Humans Aren't Helping

An economic uptick would certainly be helpful for Temer's political future. The recession along with a corruption scandal helped bring his approval rating down to just 5 percent.

The government says the mining won't affect the animals, plants or indigenous people in the area, but advocates think it could have huge consequences.

The executive director of the World Wildlife Foundation Brazil said the mining "will create irreversible damage to local cultures" as well as "demographic exploitation, deforestation, loss of biodiversity and water resources."

An opposition senator said the mining plan was "the biggest attack on the Amazon of the last 50 years."

Advocates are concerned the mines could reduce the recent progress made to protect the Amazon. Brazil says the deforestation rate in the Amazon fell 21 percent in the past two years.