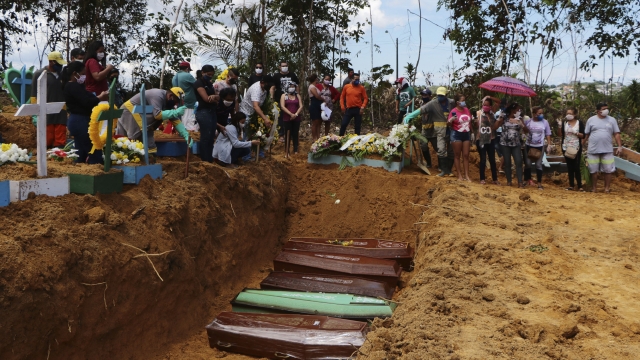 Brazil could become the next hot spot of the COVID-19 outbreak as some scientists estimate over 1 million people may be infected amid insufficient testing.

With a population of more than 200 million, Brazil is Latin America's largest country. According to Johns Hopkins, it has reported about 5,000 coronavirus deaths and just over 70,000 confirmed cases. But The Washington Post reports the country is testing people 32 times less often than the U.S., and some people are dying in their homes without being tested.

President Jair Bolsonaro recently said it "looked like the virus is starting to leave." But he has been under fire for downplaying the global pandemic, which he insists is just "a little flu." Bolsonaro has pushed back on calls for widespread restrictions to slow the spread of the coronavirus.

Earlier this month Bolsonaro fired his health minister, who had promoted isolation measures and publicly criticized the way the president has handled the pandemic.