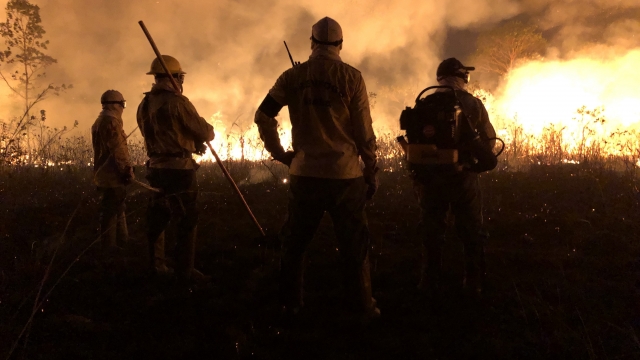 Brazilian President Jair Bolsonaro issued a decree temporarily banning the use of fire to clear land throughout the country.

The president signed a 60-day ban on Wednesday, effective immediately. While burning to clear land is prohibited, the rules allow fires in certain circumstances. For instance, indigenous people can use fire if they're farming to feed their family.

Fire has long been an issue in the Amazon basin, from both naturally occurring events and, frequently, blazes deliberately set for land clearing. It's suspected some of the recent fires were intentionally set to clear land for cattle ranching, which accounts for up to 80% of Amazon deforestation.

The move came a week after Bolsonaro clashed with world leaders — primarily French President Emmanuel Macron — about Brazil's inaction in protecting the rainforest. Macron tweeted last Thursday that the fires are "an international crisis," and he called on the other G-7 members to make them the top priority at their summit last weekend.