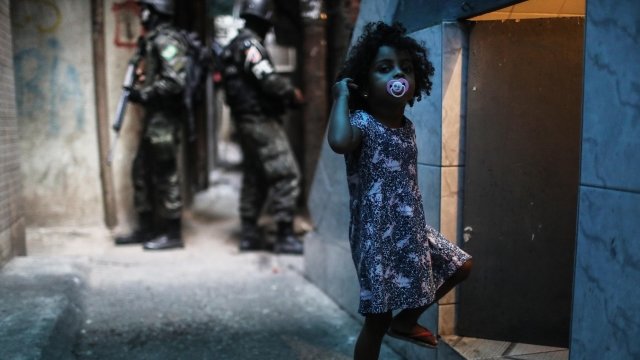 Brazil's federal government wants to send the military into one state to quell growing gang violence.

President Michel Temer announced the decree, saying gangs and paramilitary groups had nearly "taken over" the state of Rio de Janeiro. Police are woefully outmatched and underfunded, with speculation as to whether officers can even afford to gas up their cars.

Poverty and inequality has increased in Brazil recently after a failed effort to revitalize shanty towns and slums, known as favelas, was mired in corruption and subsequent recession.

While stopping the violence is the primary motivation, analysts say Temer might have made the move for political reasons as well. Facing abysmal approval numbers and almost certain failure of his signature pension reform legislation, experts say the decree could be a way to boost support ahead of elections and delay a vote on his reform bill.

The country's Congress has to approve the decree within 10 days.