One Of The Weirdest Records In Baseball Has A New Owner 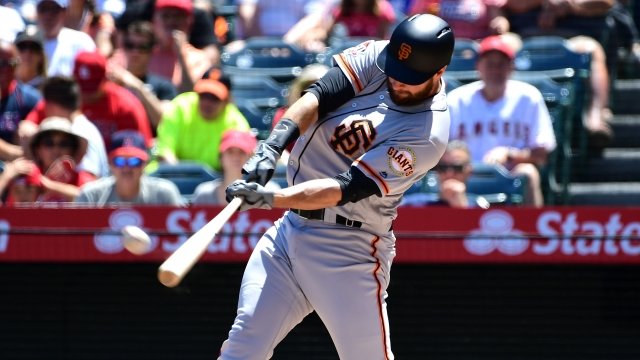 It isn't the most exciting record in the world, but Brandon Belt of the San Francisco Giants put his name in the history books all the same.

Belt faced 21 pitches over nearly 13 minutes against Los Angeles Angels pitcher Jaime Barría before finally flying out. That's the most pitches in an at-bat since the league started keeping track of this sort of thing in 1988.

The old record was 20 pitches set in 1998 between hitter Ricky Gutierrez and pitcher Bartolo Colón. Colón, 44, is still pitching in the league.

Anyway, Belt's at-bat is a momentous occasion for fans who like sitting around and waiting for something to happen.