Brady Won The Appeal, But Did He Lose The Public's Hearts? 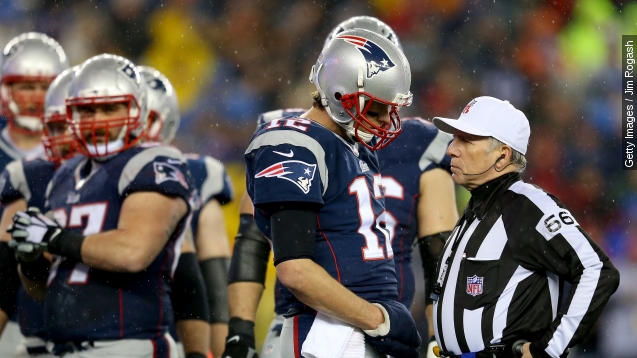 A recent poll found 34 percent of the public dislikes Tom Brady, while only 21 percent thinks favorably of him.

Tom Brady may have just won in court but at what cost to his image?

Public Policy Polling found 34 percent of the public dislikes the Patriots quarterback. Of the more than 1,200 respondents, only 21 percent think of Brady favorably.

So maybe the real news is 45 percent of people don't really know what to think of Tom Terrific. It's worth noting the poll was taken before the court ruled in Brady's favor.

But the research firm's director told NBC: "If anything, Brady's win in court might just make the public even madder at him. When the public believes that someone cheated and they get away with it unscathed, that just increases resentment toward that person."

Compared to a poll by the firm that asked the same question in 2013, public opinion on Brady has flipped. Two years ago, 39 percent of the public had favorable views of Brady — nearly double the current rate.

But to be fair, Brady's probably not sweating it. He's paid to win football games, not win polls. And he did, after all, just win his fourth ring. And Deflategate isn't exactly affecting his pocketbook.

He also outsold every NFL player in terms of officially licensed merchandise between March and May of this year when the Deflategate scandal was alive and well.

It's not like Brady isn't used to the haters by now. It comes with the territory when you're this good.

For years, polls have shown Brady as either the most hated quarterback in the league or close to it.

One could argue Brady's image is actually improving.

Only four months ago, 47 percent thought of him unfavorably.

Maybe, just maybe, a fifth Super Bowl ring will help Brady fall back into the love, if that kind of thing matters to him. The Patriots kick off their season Thursday against the Pittsburgh Steelers.