Brad Pitt's Obsession With WWII Is Getting Serious 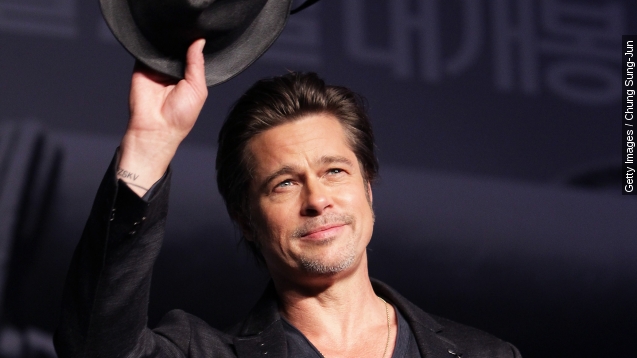 This next statement is going to shock you: Brad Pitt bought a motorcycle. Yep, that's a headline we actually saw Thursday. See, celebrities really are just like us mere mortals.

The Mirror says the 70-year-old relic is a three-wheeled double-seater from a German reconnaissance unit.

For those of us paying attention to Pitt's film catalog, his love for that era is obvious.

"We're going to be doing one thing and one thing only: killing Nazi's," Pitt says in "Inglourious Basterds."

"I need you to perform," Pitt tells one of his men in the film.

"I can't do it!" The character yells back.

The movie follows a tank crew who ends up behind enemy lines to — you guessed it — kill Nazis. (Video via Sony Pictures / "Fury")

And in his next role, Pitt will be in a WWII romantic thriller as an assassin who falls in love with a female spy played by Marion Cotillard. Their mission? Probably killing Nazis. (Video via ODE)