'Boycott Indiana' May Have Unintended Consequences 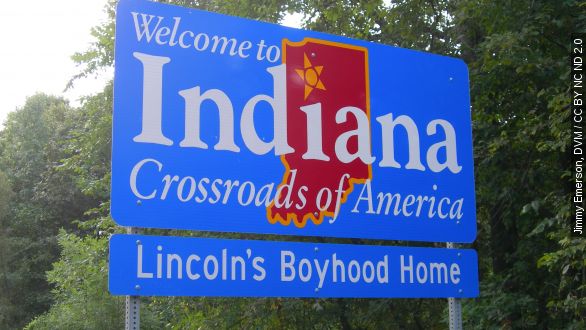 With support from famous faces and tech and industry giants, the Boycott Indiana movement has gained some serious traction.

The backlash comes from the state's recent passage of a bill that opponents argue could allow businesses to discriminate on the basis of sexual orientation because of religious beliefs. (Video via WISH)

Some small businesses have protested the bill, putting up signs to show customers anyone and everyone is welcome. (Video via WBBM)

The passage of the bill launched the Open For Service Campaign. Businesses that oppose the legislation can purchase stickers to post on their doors and windows to let customers know they don't discriminate.

The NCAA has even said it's worried about the bill and how it would impact student athletes, employees and ticket holders attending the Final Four Championships in Indianapolis.

And all of this controversy got the hashtag "Boycott Indiana" trending on Twitter. But some say using the hashtag may have unintended consequences.

According to a contributor for Quartz, boycotts of cities with civil rights issues — like St. Louis and Cleveland — have only punished hard-hit communities.

And a contributor for Salon writes that LGBT businesses and allies need support now more than ever. "Let’s flood LGBT businesses with our patronage to communicate that even when their congress and their governor and their state have absolutely failed them, we’re still right here, ready to provide a safety net."

Proponents of the bill argue that the legislation does not outright discriminate against members of the LGBT community. The bill does allow businesses that do not support same-sex marriages to refuse to provide services for those celebrations.