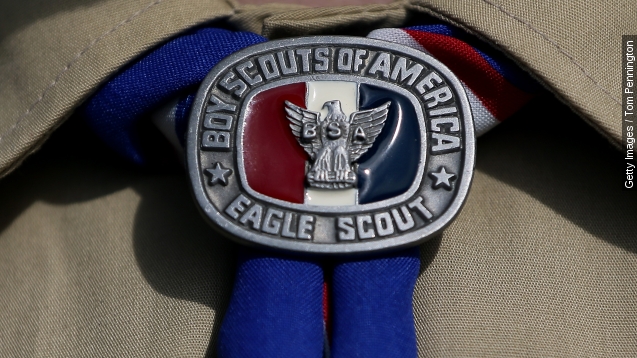 In 2013, the Boy Scouts of America voted to expand its membership to gay and lesbian youths. Now, it's about to do the same thing for adults.

The group's National Council is set to approve a resolution lifting the ban on openly gay adults working in leadership positions like counselors or den leaders. The new measures will also bar discrimination based on sexual orientation for all paying positions within the organization.

"We must deal with the world as it is, not as we might wish it would be. The status quo in our movement's membership standards cannot be sustained," BSA president Robert Gates said.

This change follows years of internal strife within the organization as it struggles to keep up with increasing LGBT acceptance in the U.S. The Scouts' conservative stance on the issue has been hurting the group's public and financial support and also threatened to land the organization in legal trouble.

But the Scouts also can't risk angering religious groups. The New York Times reports 70 percent of scouting units are sponsored by churches. So although the general ban on gay leaders could be lifted, individual groups can still bar LGBT individuals from serving.

Scout leader Michael Harrison, who lobbied to change the BSA policy, told the Times the decision "doesn't mean the Mormons have to pick a gay scoutmaster, but please don't tell the Unitarians they can't."

Both the Mormon Church and the National Catholic Committee on Scouting, two major religious sponsors of the Scouts, expressed support for the rule change while still emphasizing their right to select leaders that are in accord with their doctrine.