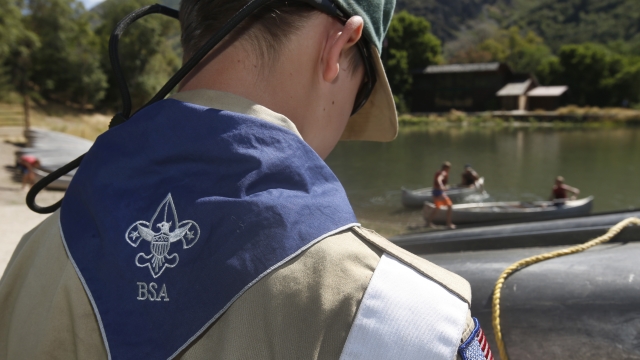 The Boy Scouts of America filed for bankruptcy overnight.

The organization said the Chapter 11 bankruptcy filing will allow it to create a compensation fund for sexual abuse victims.

The BSA is facing hundreds of lawsuits from men who allege they were sexually abused when they were Boy Scouts. The bankruptcy filing now temporarily halts those lawsuits and blocks any new ones.

BSA's president and CEO Roger Mosby said in a statement Tuesday, "While we know nothing can undo the tragic abuse that victims suffered, we believe the Chapter 11 process — with the proposed Trust structure — will provide equitable compensation to all victims while maintaining the BSA's important mission."

The BSA is also facing declining membership numbers. More than 4 million boys were Scouts during its heyday in the 1970s. But that number has now fallen to under 2 million after The Church of Jesus Christ of Latter-day Saints split from the organization earlier this year.

BSA's bankruptcy filing is expected to have little to no impact on local troops, as those organizations are financially independent.