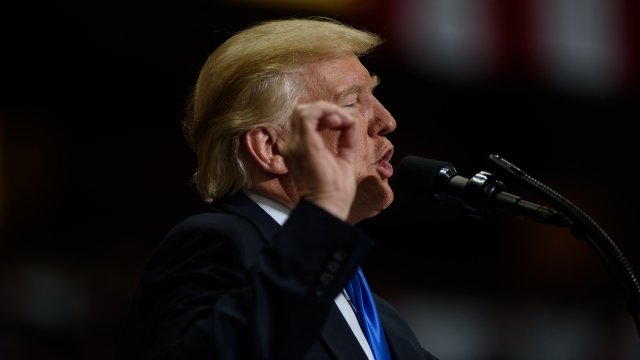 By Grant Suneson
July 27, 2017
The Boy Scouts of America apologized after some former Scouts were upset President Trump talked politics at the National Jamboree.
SHOW TRANSCRIPT

President Trump promised not to talk politics at the recent Boy Scout Jamboree. But then he kept bringing up policy and the 2016 election.

"Do you remember that famous night on television, Nov. 8? ... The Republicans are red and the Democrats are blue. And that map was so red it was unbelievable," Trump said.

"And you know we have a tremendous disadvantage in the Electoral College. Popular vote is much easier," he said. 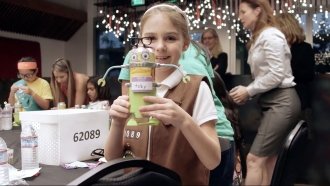 Girl Scouts Can Now Get Badges For Building Robots

Some former Scouts and parents were upset by Trump's comments because the Scouts are supposed to be a nonpartisan organization.

After the backlash, the chief scout executive for the Boy Scouts of America apologized, saying, "I want to extend my sincere apologies to those in our Scouting family who were offended by the political rhetoric that was inserted into the jamboree."

The statement also noted that the Scouts extend an invitation to the president every year. But the White House denied there was anything wrong with Trump's speech.

"I saw nothing but roughly 40 to 45,000 Boy Scouts cheering the president on throughout his remarks, and I think that they were pretty excited that he was there and happy to hear him speak to them,” White House press secretary Sarah Huckabee Sanders said.