The People Who Are Punching Away The Symptoms Of Parkinson's 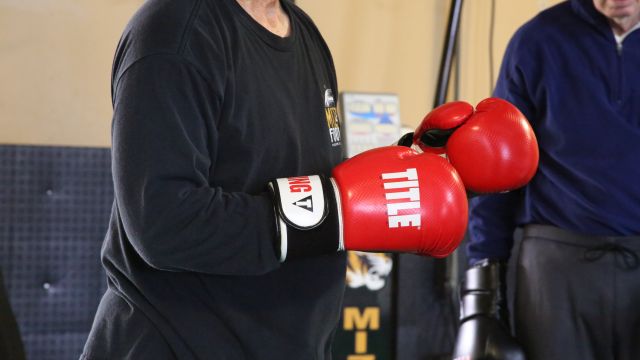 People with Parkinson's disease are fighting back by boxing.

Kathy Rinehart-Hansen is one of them.

When she started, she couldn't get up without using her arms for support. Now she can.

"When I first started, I would like totally miss the bag, and you feel like a fool," she said.

Boxing can help reduce Parkinson's symptoms at any stage by increasing muscle control, movement and flexibility.

The degenerative disease kills the brain's neurons and can stiffen muscles. This inhibits movement and even speech.

But the fight is constant.

"It's helped because you get to meet people going through the different stages of the disease. You all have a common commitment and common goal to try and slow down the progression," said Larry Windmoeller, another member of the class.

"I've had it like I said for eight years, and I'm still in what's called stage 1. I haven't progressed to stage 2. And I don't plan on it," Rinehart-Hansen said.