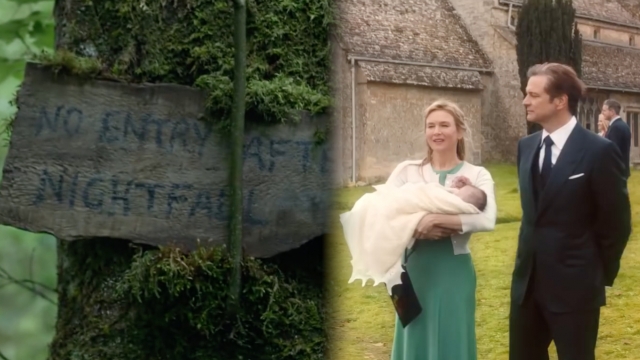 It's every pilot's nightmare but a movie producer's dream. Clint Eastwood's "Sully" just cruised its way to a second straight weekend ranked No. 1 for the domestic box office.

"Sully" earned $22 million, leaving every other film in the dust. And with over $70 million domestically under its belt, the question is if, or when, the movie will pass the $100 million mark.

Coming into the weekend, some were predicting "Blair Witch" might upset "Sully," but in the end, it wasn't even close. The horror film only captured roughly $9.6 million on its opening weekend –– about $11 million less than forecast.

The film may be able to ride some nostalgia for "The Blair Witch Project" from 17 years ago. Critics in general, though, thought the new movie is less a nod to old and more just a rehash.

A New York Times reviewer said, "It's a lot of suffering with very little payoff." It's scary how concise a damning review can be.

"Bridget Jones's Baby" tried a similarly nostalgic vein — just for a much happier, less terrifying time. In the end, it wasn't enough. "Baby" slipped behind "Blair Witch" for third place.

It's been 15 years since Bridget Jones started keeping her diary, and it had been six since Renée Zellweger had been in a movie. The threequel was predicted to earn the highest opening for the series but came up millions of dollars short of expectations.

Instead of earning in the midteen millions, "Baby" garnered just $8.2 million over the weekend.

And the romantic comedy can blame two very different movies: "Sully" and Joseph Gordon-Levitt's take on the controversial hero/traitor Edward Snowden. A majority of both thrillers' audiences were older women — the same demographic "Baby" was banking on.

"Baby" may still be able to use its critical advantage to overtake "Blair Witch" next weekend, though. While "Baby" has a 78 percent approval rating on Rotten Tomatoes, word is bound to get out that "Blair Witch" is at 37 percent.