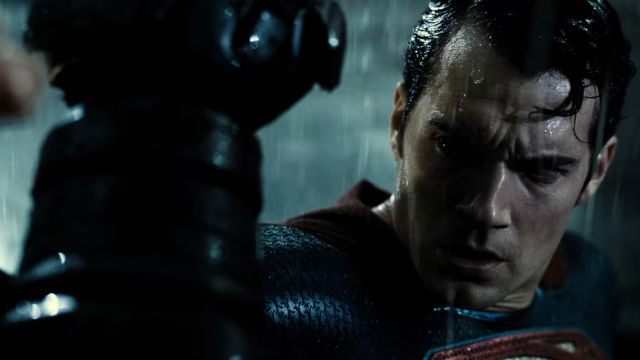 In what was largely a "break box office records or bust" weekend, "Batman v Superman: Dawn of Justice" delivers with a $170 million showing in domestic ticket sales and more than $250 million internationally. That's good for the sixth-largest domestic debut of all time and just barely the largest opening weekend Warner Bros. has ever had, right in front of the final Harry Potter film.

The hundreds of millions of dollars "Dawn of Justice" has managed this weekend almost makes you forget how terrible critics say the movie is.

"This movie is sloppy. The movie is very sloppy." Kristian Harloff said.

The film sits at a rather harsh 29 percent approval rating on Rotten Tomatoes, but audiences so far aren't nearly as critical.

The big question now is if the Caped Crusader and Kal-el can maintain this extraordinary interest at the box office. Bad reviews don't usually affect the debut; the damage is done in the following weeks, when people are deciding between buying a ticket and waiting for Redbox.

That being said, "Batman v Superman" won't see any real competition at the box office in the next couple of weeks. Smaller films like "Meet the Blacks" next week and "The Boss" the week after don't serve as much of a threat to "Batman v Superman"'s No. 1 spot.

Taking the No. 2 spot and spending its fourth consecutive week in the top three is "Zootopia," bringing in an estimated $23 million. Disney definitely has another big hit on its hands. After a month in theaters, "Zootopia" is the second-highest grossing Walt Disney Animation Studios film ever, right behind Anna and Elsa.

Finally, taking the No. 3 spot is "My Big Fat Greek Wedding 2," which brought in an estimated $18 million in its debut — exactly what it cost to produce the film. So, a solid start for the romantic comedy.

But, we're not really expecting the numbers for this sequel to compare to the original. "My Big Fat Greek Wedding" is the most profitable romantic comedy in history, eventually bringing in $241 million in ticket sales on a $5 million budget.

As for next week, Mike Epps gives "The Purge" the "Scary Movie" treatment.