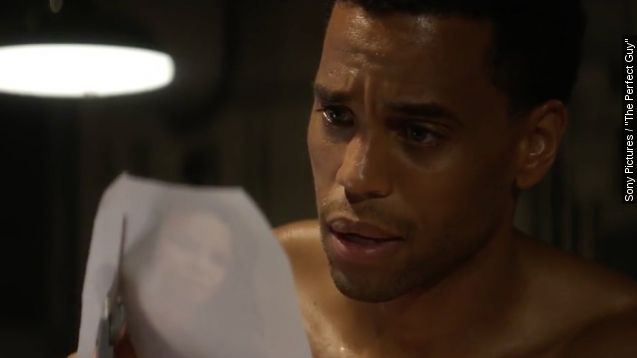 SMS
Box Office Top 3: 'Perfect Guy' Beats Creepy 'Visit'
By Jamal Andress
By Jamal Andress
September 13, 2015
This is the fifth week in a row that a film starring black leads has led the U.S. box office, which is extremely rare and absolutely fantastic.
SHOW TRANSCRIPT

So, because I love "The Best Man," "Barbershop" and most importantly "Love and Basketball," I’m gonna pretend this “Perfect Guy” thing didn’t happen.

Taking the No. 1 spot this week is “The Perfect Guy” bringing in an estimated $26.7 million— and just barely beating out M. Night Shyamalan’s creepy “Visit” to Nana’s house.

For Sony Pictures, “The Perfect Guy” is undoubtedly a win, the romance thriller cost just $12 million to produce and Sanaa Lathan and co. made that back by Saturday morning.

But critically, the film has had a much harder time.

“Fatal Attraction” – the film that launched a thousand predictable plot-lines. Like this, and this and now "The Perfect Guy."

So, with a million similar films in the rear view and nothing setting “The Perfect Guy” apart, it’s hard for me to enjoy another “I don’t handle breakups very well” thriller.

That said, this is the fifth week in a row that a film starring black leads has lead the U.S. box office, which is extremely rare and absolutely fantastic.

Trips to grandma’s house will never be the same. Taking the No. 2 spot this week is “The Visit,” bringing in an estimated $25 million.

For a filmmaker who has struggled in the last decade with big budgets resulting in even bigger flops, M. Night Shyamalan is finally seeing some love from critics for this stripped down horror flick.

So “The Visit” is written and directed by M. Night Shyamalan in what looks like an attempt to tell the people, ‘Hey I still wanna make good movies! I can still do that, right?’” YouTube's Jeremy Jahns said.

“It’s also Shyamalan’s best film in years and should be celebrated as such,” IGN's Lucy O'Brien said.

Apparently it doesn’t take much to make grandparents creepy; the production budget came out to a measly $5 million which makes the $25 million second place debut another win for Universal.

But Shyamalan’s horror flick will have its work cut out for it next weekend with three major releases scheduled to hit theaters.

Hanging on to its spot in the top three is “War Room” bringing in an estimated $7.4 million.

As for next week, wake me when “Mockingjay - Part 2” comes out. (Video via 20th Century Fox / “Maze Runner: The Scorch Trials”)