Box Office Top 3: 'Martian' Wins Because Everyone Else Loses 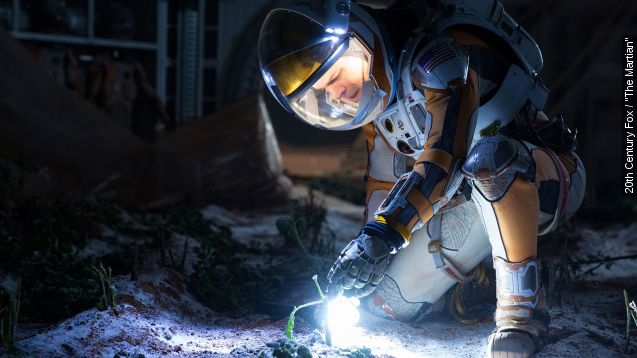 SMS
Box Office Top 3: 'Martian' Wins Because Everyone Else Loses
By Jamal Andress
By Jamal Andress
October 25, 2015
Taking the No. 1 spot for the third time in four weeks is "The Martian." But Mark Watney didn't win this weekend as much as everybody else lost it.
SHOW TRANSCRIPT

It was a slow weekend at the box office, with "The Last Witch Hunter" and "Paranormal Activity" both missing the top three spots in their debuts.

Taking the No. 1 spot for the third time in four weeks is "The Martian." It brought in an estimated $15.9 million, just barely holding off "Goosebumps" at No. 2 and bringing its worldwide total to an impressive $384 million.

But in all honesty, "The Martian" didn't win this weekend as much as everybody else lost this weekend.

Take two on the Steve Jobs biopic did a much better job critically than Ashton Kutcher's 2013 version, but financially it didn't perform that much better. After making $2.2 million in limited release, Aaron Sorkin's take on the late Apple CEO pulled in just over $7 million in its first weekend in wide release. (Video via Universal Pictures)

But, Steve Jobs only cost $30 million to produce, unlike the biggest flop of the weekend.

Proving once and for all that Vin Diesel should really stick to driving cars, "The Last Witch Hunter" cost $90 million to make and brought in less than $11 million in its debut.

Other notable flops from the weekend include another "Paranormal Activity" movie, "Jem and the Holograms" and "Rock the Kasbah." All debuted this weekend, all struggled to keep a pulse at the box office.

Falling to No. 2 this weekend is "Goosebumps", bringing in an estimated $15.5 million. Having brought in $23 million in last week's debut, this weekend's total marks just a 34 percent drop in ticket sales, which is fantastic considering all the other new movies that came out this weekend.

In fact, all three movies in the top three this week are showing great staying power at the box office.

Taking third is Steven Spielberg's "Bridge of Spies," which brought in an estimated $11.3 million in its second week out. That brings its worldwide total to $39 million, meaning the Tom Hanks Cold War drama still hasn't broke even.

As for next week, Sandra Bullock brings her iconic charm to the campaign trail.