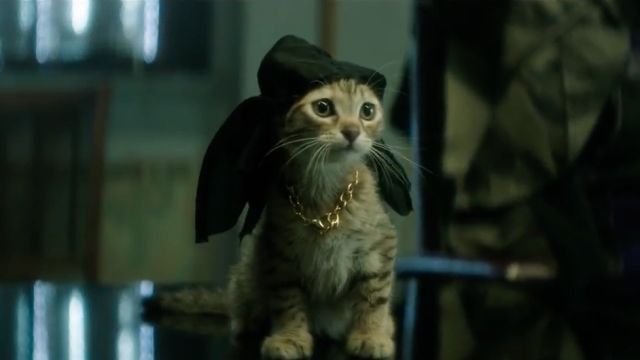 Audiences loved the bite-sized sketches that initially brought the comedic duo fame, but critics say the transition to feature film was rocky.

As we all brace for "Civil War," "The Jungle Book" has been quietly raking it in for the past three weeks, taking full advantage of the somewhat weak competition.

"The Jungle Book" takes the No. 1 spot for the third week in a row, bringing in an estimated $42 million. If you're keeping score, that puts the domestic total for Jon Favreau's latest at more than $250 million.

To be clear, "The Jungle Book" isn't just falling into first place; it's taking it by a mile — despite having a lot of new competition.

The $42 million from this weekend is just barely less money than the next six films managed to bring in combined. And of those six films, three were new releases.

Holding on to the No. 2 spot this week is "The Huntsman: Winter's War," bringing in an estimated $9.3 million.

While "The Huntsman" hasn't really been able to get off the ground domestically, it continues to do well overseas. The foreign ticket sales are nearly triple what the film has managed to bring in here in the U.S.

Well, it doesn't get much better than Keegan-Michael Key and Jordan Peele chasing a cat for two hours. Taking the No. 3 spot this week is "Keanu," bringing in an estimated $9.35 million. Keanu trails "The Huntsman" at the box office by less than $50,000. It's nowhere near box office hit territory, but with a $15 million production budget, it doesn't have to be.

Audiences may have loved the bite-sized Comedy Central sketches that brought the duo fame in the first place. But a film is obviously a different animal, and critics say the transition from three-minute sketch to 100-minute movie is a bit rocky.

"It's funny at first; then it's like: 'OK, I get it. They're saying the N-word a lot, and they're saying motherf***** a lot to prove that they're tough.' It runs out of steam, and it's like an hour and 40 minutes long," Christy Lemire said.

That said, "Keanu" has a solid 75 percent approval rating on Rotten Tomatoes and of course the most adorable cat in the history of film.

As for next week, as many different Marvel characters as two hours will allow.