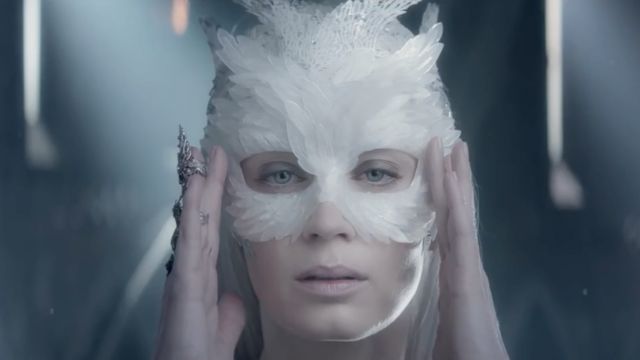 But first, taking the No. 1 spot this weekend for the second week in a row is the live-action hit "The Jungle Book," bringing in over $60 million. The haul helps push the Disney reboot to $191 million in U.S. theaters and more than half a billion worldwide.

And the studio's pot of gold will only get bigger two weeks from now when the highly anticipated "Captain America: Civil War" most likely dominates box offices across the country.

Taking the No. 2 spot this week is "The Huntsman: Winter's War," bringing in an estimated $20 million. Now, with a $115 million budget, a $20 million domestic debut is pretty lousy.

Add that to the fact the original "Huntsman" film opened at nearly triple that total, and you could almost call this a certified flop. Fortunately foreign moviegoers, as they often do, are playing hero for "The Huntsman." "Winter's War" boasts $80 million in foreign ticket sales.

But breaking even does not make the fantasy film a bona fide success. "Winter's War" has its problems. Chief among them: The whole misunderstood ice queen thing has been done.

"If you liked 'Frozen' but thought it wasn't angry enough," What the Flick's Christy Lemire said.

You know, if you're going to mimic a role, try not to make it the most popular kids character since Timon and Pumba.

Taking the No. 3 spot this week is "Barbershop: The Next Cut," bringing in an estimated $10.8 million.

As for next week, a two-hour Key and Peele sketch on a much larger screen.