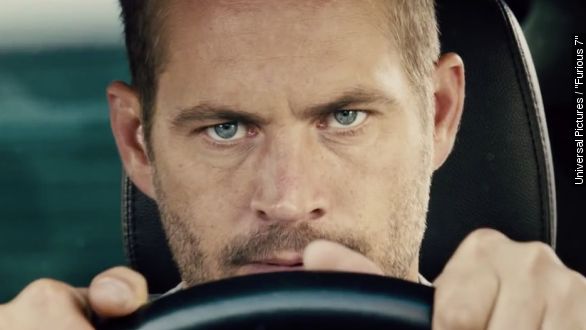 One billion dollars raised in less than a month — I am obviously in the wrong business.

"Furious 7"'s ridiculous one liners and even more ridiculous vehicle stunts have pushed the franchise into the very exclusive billion-dollar box office club, and it's only been 17 days.

There are 20 movies in box office history that have hit a billion dollars, and after just three weeks "Furious 7" has risen to No. 7 on that list with just over $1.1 billion in ticket sales worldwide.

At No. 2, Kevin James makes history, too, but not at the box office. "Paul Blart: Mall Cop 2" takes second place, bringing in an estimated $24 million at the domestic box office, and considering the production budget was just $30 million, that's a pretty good weekend.

But the much more impressive (and even beautiful thing) about this movie is the way it brought critics together to offer the snarkiest, rudest over-the-top critiques I have ever heard. The criticism sounds like a trailer.

Variety calls "Paul Blart 2" "the sort of movie that goes beyond mere mediocrity to offer possible evidence of a civilization in decline."

RogerEbert.com says, "Truly, there is not a single redeeming moment."

And the New York Daily News says, "(It's) the cinematic equivalent of biting into an old brown banana."

Kevin James and company even managed a 0 percent approval rating from critics on Rotten Tomatoes.

"Unfriended" rounds out the top three bringing in an estimated $16 million in its first weekend.

"Unfriended" takes place exclusively on the computer screen. All 82 minutes are a mix of Chrome windows, Skype calls and wiki pages.

And while you might have thought this would turn critics against the movie, they seem to think it's a redeeming quality.

Alonso Duralde of TheWrap says, "This movie is a big fat gimmick, but holy s--- do they make it work!"

"Unfriended knows how the internet works today and how teenagers are using it." IGN's Lucy O'Brien says.

But if you don't enjoy the idea of watching a computer screen for an hour and half in a movie theater, you’re not alone: The CinemaScore for "Unfriended" is a C, which is actually worse than the Paul Blart disaster.

The real winner here, though, is the studio that spent $1 million to turn the 80-minute Skype call into a feature film, meaning "Unfriended" has brought in 16 times its production budget in three days.

As for next week, the ultimate cougar hits the big screen.

This video includes music by Kevin MacLeod / CC by 4.0.