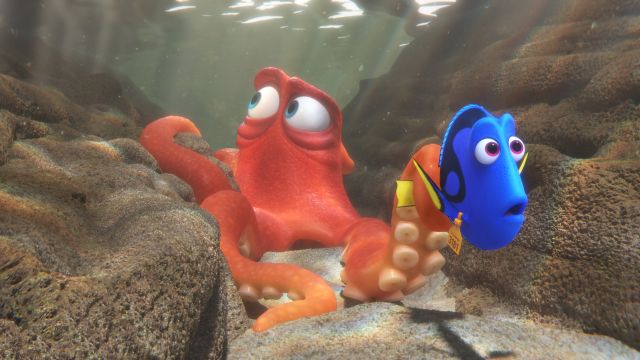 Finding its way to the top spot this week is "Finding Dory," bringing in a record-breaking $136 million.

Lastly, it's the best debut Disney has ever had that doesn't involve a Marvel character in tights or a galaxy far, far away.

So, needless to say, people were pretty excited about following a forgetful fish around for two hours, but did they enjoy the trip?

Jeremy Jahn's said, "99.9 percent of people who watch this movie will like this movie."

It looks like Pixar managed to make a boatload of money and produce an amazing, heartwarming film in the process — which is a lofty goal for the comedic duo in second place.

Taking the No. 2 spot this week is the little Hart and the big Johnson in "Central Intelligence," which earned more than $34 million.

Kevin Hart has established himself as the hardest working man in show business. Since 2014, the big little man has starred in seven full-length feature films.

And although his films aren't always worth the price of admission, "Central Intelligence" seems to be a winner. It has the second highest Rotten Tomatoes score and the third biggest debut for any feature film starring Kevin Hart.

Falling to third place this week is "The Conjuring 2," bringing in over $15 million. With its monster overseas tickets sales, the horror sequel has a worldwide box office total of almost $188 million.

As for next week, welcome to Earth!