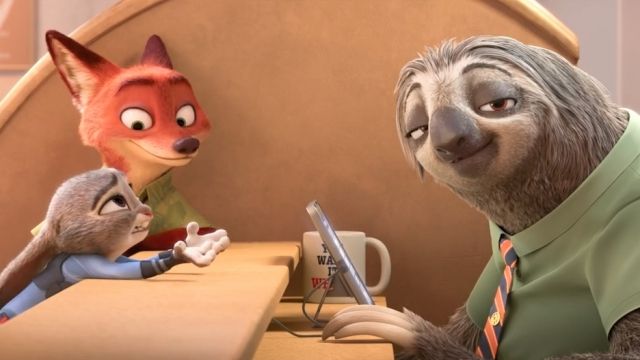 SMS
Box Office Top 3: Disney's 'Zootopia' Takes Major Record From 'Frozen'
By Jamal Andress
By Jamal Andress
March 6, 2016
After three weeks at No. 1, "Deadpool" falls to Disney's "Zootopia," which had the best debut weekend of any animated Disney Studios film ever.
SHOW TRANSCRIPT

Finally, dethroning the foul-mouthed anti-hero is a much, much more family-friendly flick. It's officially safe to take your kids to the movies again.

Taking the No. 1 spot this week is Walt Disney's "Zootopia," bringing in a whopping $73.7 million in its debut. That's the best opening for an animated Disney Studios picture ever.

A solid $6 million better than "Frozen," which was Disney's previous record holder. Now, it remains to be seen if "Zootopia" can capture the magic "Frozen" did. After all, "Frozen" is the ninth-highest-grossing film of all time, and "Let it Go" is perhaps the most popular kids song since "Hakuna Matata."

But "Zootopia" is in a great position. Besides the awesome opening, the reviews are spectacular — just like with "Frozen."

"Let me stress that 'Zootopia' is fun and witty throughout and doesn't feel preachy. Even as its strong themes become clear, the kids in the audience were loving it." IGN's Eric Goldman said.

After 132 reviews, "Zootopia" sits at a 98 percent approval rating on Rotten Tomatoes.

What's even better for the box office numbers for "Zootopia": The slate of family movies premiering this month is really slim. And by slim, I mean there aren't any.

The next family flick doesn't premiere until April 15, when the live-action "The Jungle Book" hits theaters — giving kids everywhere plenty of time to drag their parents to a local theater.

Taking the No. 2 spot this week is the most unlucky U.S. presidential administration in movie history. "London Has Fallen" brought in an estimated $21 million.

"London Has Fallen" is the sequel to "Olympus Has Fallen," and as the title implies, the "falling" takes place in Britain. That's the only real difference.

This one is being universally destroyed by critics, but if you enjoy action by any means necessary and saw "Deadpool" already, then maybe check it out.

And finally falling out of first place is "Deadpool," which brought in an estimated $16 million in its fourth week out. That helps push the worldwide, all-time total to more than $673 million.

As for next week, Borat becomes a secret agent.