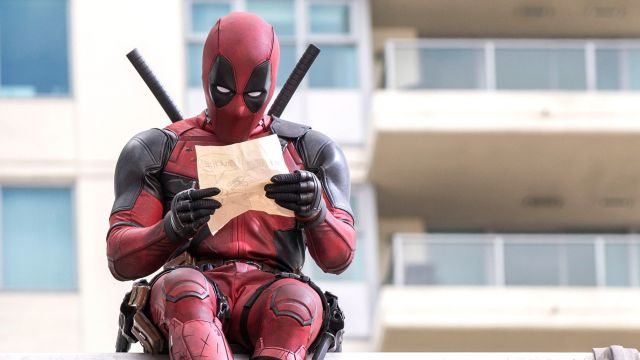 SMS
Box Office Top 3: 'Deadpool' Has Best R-Rated Movie Debut Ever
By Jamal Andress
By Jamal Andress
February 14, 2016
"Deadpool" comes from an embattled genre: R-rated comic book films are rare, and ones that have a pulse in theaters are unheard of.
SHOW TRANSCRIPT

Valentine's Day is a time for love and romance, and apparently rushing to your local theater to see Ryan Reynolds say all sorts of vulgar things.

"Deadpool" brought in a record-breaking $135 million and took the No. 1 spot by a mile — a big surprise considering the most generous predictions for the film topped out at $80 million. That means "Deadpool" is shaping up to have the best debut of any R-rated film ever.

That's better than 2003's $91 million debut of "The Matrix Reloaded," even if you adjust for inflation.

And the records don't stop there. This is also the best debut 20th Century Fox has ever had, beating out all three of the "Star Wars" prequels and the popular "X-Men" franchise.

"Watchmen" was the last R-rated comic book adaptation to hit theaters with any success, and it only brought in $55 million in its opening weekend.

And to think, all this may have never happened if it wasn't for a well-timed leak.

Taking the No. 2 spot this weekend is "Kung Fu Panda 3," bringing in an estimated $19.6 million in its third week out. I think we all knew the panda could hold its own, being the only real family movie available this weekend, but this week's third-place finish was a little more unexpected.

Taking the No. 3 spot this weekend is "How To Be Single," bringing in an estimated $18.7 million and beating out the highly anticipated — or maybe just highly advertised — "Zoolander 2."

From fake cologne commercials to real Vogue covers, "Zoolander" has been everywhere for months, but now that the actual movie is out, few people are going to see it. And those who did see it tended not to like it very much.

"Here's how unfunny this is: Even the scenes with Kristen Wiig and Will Ferrell aren't funny," Christy Lemire of "What the Flick?!" said.

That being said, "How To Be Single" isn't necessarily an Oscar darling either, but at least audiences seem to enjoy it.

As for next week, Jesse Owens hits the big screen.