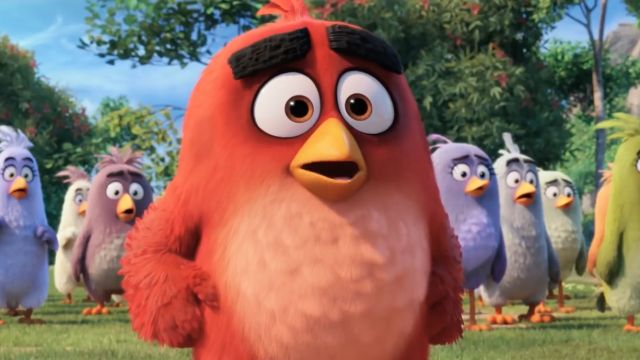 SMS
Box Office Top 3: 'Angry Birds' Knocks Captain America From His Perch
By Jamal Andress
By Jamal Andress
May 22, 2016
Taking the No. 1 spot this week that movie featuring those hostile birds from that popular mobile app.
SHOW TRANSCRIPT

Taking the No. 1 spot this week is a birds movie based on an app — a concept that surely would make Alfred Hitchcock turn over in his grave. "Angry Birds" is set to bring in an estimated $39 million in its debut weekend. It's a solid opening for an animated film and one of the best openings of all time for a movie based on a video game.

The only video game adaptation to do better is Angelina Jolie's "Lara Croft: Tomb Raider," which brought in almost $48 million in its opening weekend in 2001.

While the critical reception has been just OK for "Angry Birds," this better than average box office debut is great news for all the other video game adaptation films in the works.

Between now and 2018, there are at least three big-budget video game films hitting the silver screen, including Universal's highly anticipated and extremely expensive "Warcraft" movie, hitting theaters next month.

Well, if this trend has to continue, I have one suggestion.

Getting booted from the top spot this week is "Captain America: Civil War," bringing in an estimated $33 million in its third weekend out, pushing the movie to $1 billion worldwide. "Civil War" is one of 25 movies in cinema history to cross that mark.

Taking the No. 3 spot this week is "Neighbors 2," bringing in more than $21.5 million. That's a fairly average box office debut, but the real surprise here is the critical reception.

"The new comedy, again directed by Nick Stoller, both is funnier than its predecessor and offers a significant amount more depth in what it's aiming to do," IGN's Terri Schwartz said.

While on the surface this seems like any other comedy sequel, a la "Hangover 2," with the same jokes and premise as the first film, "Neighbors 2" manages to leave the viewer with a message on gender inequality.

Hopefully for Universal's sake, the great word-of-mouth surrounding this movie can help it perform better at the box office in the future.

As for next week, the superhero hits keep coming.