Bowe Bergdahl's Legal Team Is Scrambling To Have Him Pardoned 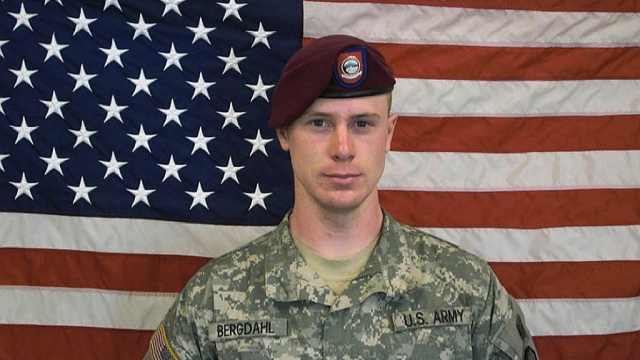 Bowe Bergdahl, a U.S. soldier on trial for desertion charges, is asking President Barack Obama for a pardon.

After the U.S. presidential election, Bergdahl's defense team sent requests for clemency to the White House, the Justice Department and the Pentagon.

SEE MORE: 'Serial' Returns With An Investigation Into The Bowe Bergdahl Case

The timing of the request isn't a coincidence; President-elect Donald Trump has called Bergdahl a "dirty, rotten traitor" and even said the Army sergeant should have been executed.

Bergdahl's defense lawyer says he doubts there could be a fair trial considering the "beating he has taken over many months from Mr. Trump."

Bergdahl abandoned his post in Afghanistan without permission back in 2009. Taliban militants captured him and held him in harsh conditions for the next five years.

In 2014, the Obama administration traded the sergeant for five Taliban officials who were held in the Guantánamo Bay prison. That deal sparked a storm of criticism from soldiers, politicians and the general public.

Among other things, the administration was criticized for not giving Congress a 30-day notice before the transfers.

A year later, Bergdahl was charged with desertion and misbehavior before the enemy. An Army investigation concluded he had been suffering from a "severe mental disease."