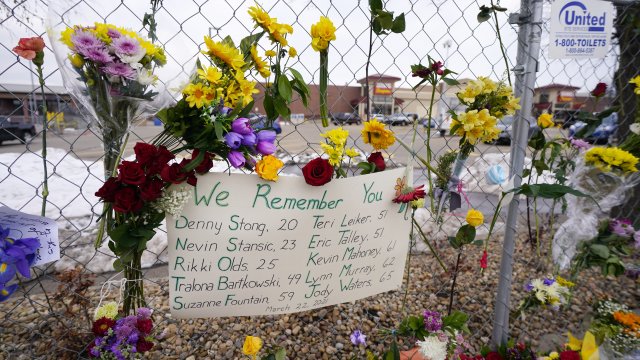 SMS
Boulder Shooting Suspect Makes First Court Appearance
By Newsy Staff
By Newsy Staff
March 25, 2021
He won't give a plea until later and is being held without bond.
SHOW TRANSCRIPT

The suspect in the Boulder, Colorado, shooting made his first court appearance today.

The 21-year-old is charged with 10 counts of first-degree murder. He won't give a plea until later and is being held without bond.

If convicted, the suspect would face life in prison without parole as the death penalty is banned.

In Colorado, meanwhile, the healing process continues. In Boulder, hundreds of people gathered for a vigil last night to mourn the 10 victims in the attack. Families and friends are still stunned by what happened.

"You know, we were both shocked," said Scott Schaefer, friend of shooting victim, Jody Waters. "When something like this happens, the first thought is, 'This is not real. This must be some other Jody or some other person, or wrong text,' and you know, then the sadness sets in."