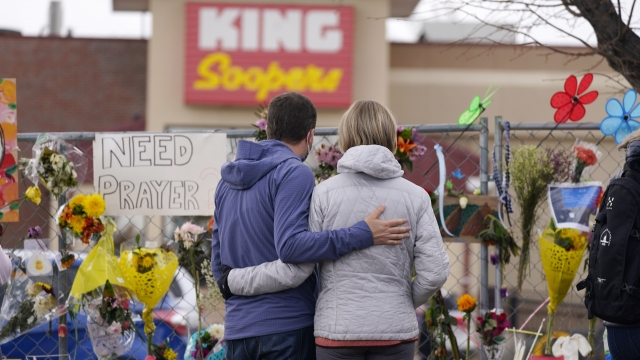 The 21-year-old already faced first-degree murder charges after police say he went on a shooting rampage in the store last month, killing 10 people.

The suspected gunman in the Boulder, Colorado supermarket shooting is facing dozens of new charges.

Prosecutors filed an additional 33 counts of attempted murder and 10 counts of possession of a high-capacity ammunition magazine. They also added one count of first-degree assault.

The 21-year-old was already facing first-degree murder charges after police say he went on a shooting rampage in the store last month, killing 10 people.