Soda Is No Longer America's Most Popular Beverage

SMS
Soda Is No Longer America's Most Popular Beverage
By Lindsey Pulse
By Lindsey Pulse
March 11, 2017
Americans downed about 12.4 billion gallons of soda in 2016, but that wasn't enough to take the top spot.
SHOW TRANSCRIPT

Bottled water is now more popular in the U.S. than carbonated beverages.

The popularity of packaged water started when Perrier was introduced in the 1970s. Since then, it's been on a pretty consistent — albeit slow — climb to the top. 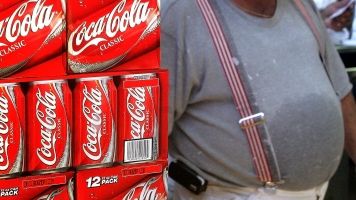 Soda is declining probably because more people know it's linked to weight gain, tooth decay and other medical problems.

Despite soda consumption numbers going down, The Wall Street Journal reports it still made more money than water.

Researchers behind the study expect bottled water to keep trending up.