Bottle In Samuel DuBose's Car Was Air Freshener, Not Gin 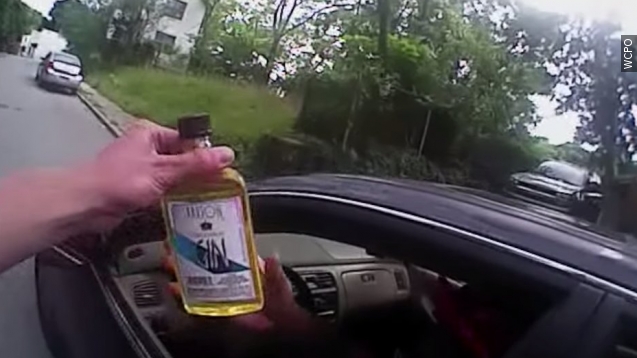 A bottle found inside the car of Samuel DuBose, the man fatally shot by a University of Cincinnati police officer July 19, had some kind of fragrance in it and not alcohol, as the officer initially believed.

Despite having a Barton's gin label, the Hamilton County coroner said the bottle was "consistent with compounds commonly found in fragrance products such as air fresheners and perfumes." In the video, you can hear DuBose call it "air freshener" when he hands it to officer Ray Tensing. (Video via WCPO)

"You can smell that," DuBose said in the video. "It's air freshener."

Officer Tensing pulled over DuBose for a missing front license plate. According to Tensing's police report, he was dragged when DuBose tried to drive away. Tensing shot and killed DuBose, who was unarmed.

The initial police report didn't say if officers thought DuBose was intoxicated, and post-mortem toxicology results aren't expected to be released until the investigation is completed.

Tensing has been charged with murder and voluntary manslaughter.