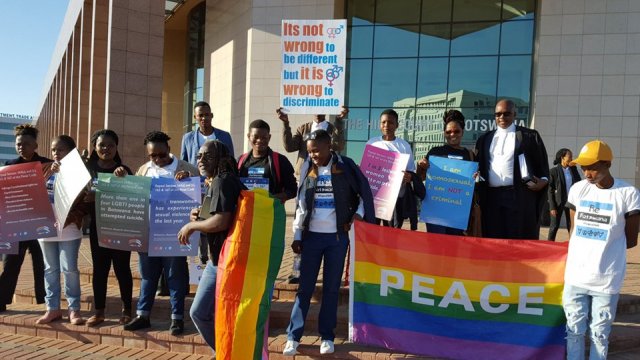 Botswana's highest court has thrown out a ban on homosexuality that has existed since British colonial rule.

The decision Tuesday is a huge win for gay rights activists who had fought to overturn a famous penal code that criminalized homosexuality since the 1800s. It imposed prison sentences of up to seven years for same-sex relationships or what it called "carnal knowledge ... against the order of nature."

Anti-gay laws are still prevalent in Africa, including in former colonies. Homosexuality is outlawed in more than 30 countries and is a capital offense in Sudan and Somalia, among others.

In issuing Tuesday's ruling, Botswana High Court Justice Michael Leburu affirmed that QUOTE "a democratic society is one that embraces tolerance, diversity and open-mindedness." He also said: "Human dignity is harmed when minority groups are marginalized."