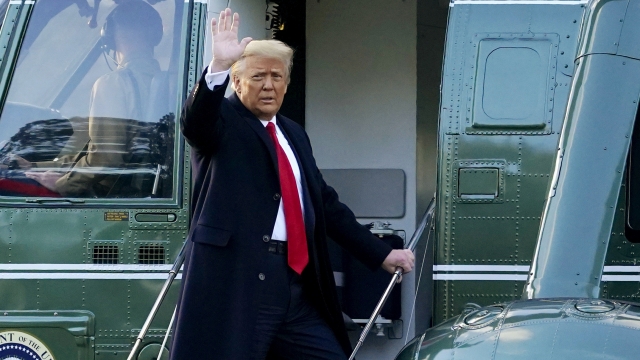 The Senate has had its hands full since the new year and that load will only get heavier.

The Senate will soon have to balance confirming Biden Cabinet picks and the impeachment of former President Donald Trump.

House Democrats say Trump endangered the lives of Congress members when he aimed a mob of supporters at the capitol "like a loaded cannon."

That's from a new filing from House Democrats, who will argue to convict him of inciting insurrection.

The filing shows how impeachment managers plan to argue their case by tying Trump's words to the Capitol riot.

In a response, Trump's defense team says the trial is unconstitutional because he's out of office. And they say the First Amendment allows him to question election results.

Some Congress members have called to censure the president instead.

"i think the president should be tried. I hope he will vote to be convicted," said Majority Leader Sen. Chuck Schumer. "Anything past that is something we can discuss, but he deserves conviction, nothing less."

The Senate needs 67 votes to convict.

That would mean every Democrat plus 17 Republicans would have to vote to convict Trump.