Boston Runaway Train To Be Investigated As 'Operator Error' 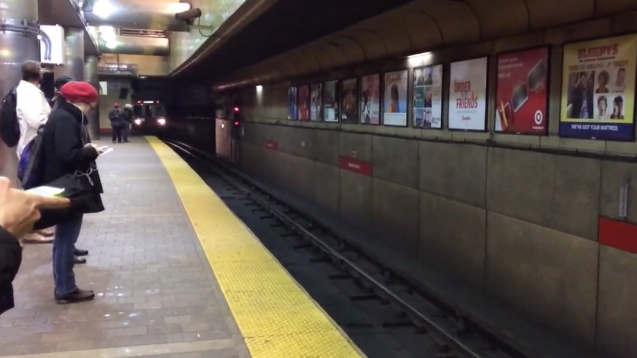 SMS
Boston Runaway Train To Be Investigated As 'Operator Error'
By Katie Link
By Katie Link
December 10, 2015
A runaway train in Boston is being blamed on "operator error."
SHOW TRANSCRIPT

Sometimes a bad day at work means falling behind on emails. Other times it means letting your train run away from you.

"That investigation at this time is focused primarily on operator error," MassDOT Secretary Stephanie Pollack said.

A Boston Red Line train with passengers on board left Braintree Station early Thursday morning without its operator. The train traveled four stops, a total of nine minutes, before crews could power down the rail. Luckily none of the passengers inside were injured. (Video via ABC)

"The people that was on the first car were trying to knock on the door of the conductor, and that's when we discovered there was nobody there, so we had no idea," passenger Fernanda Daly said.

As to, how could this have happened? That's what investigators are trying to figure out. We do know the operator stepped off the train to check a signal and was brushed by the train as it continued moving without him.

"Manipulated, tampered with, um it's pretty clear that it was set in forward motion, which is why it moved in the first place when the signal was manipulated," Gov. Charlie Baker said.

The Massachusetts Bay Transportation Authority, or MBTA, doesn't have a squeaky clean record. Back in 2009, a rear-end collision on a different train line sent nearly 50 people to the hospital. And then there are the weather-related delays, repairs and total shutdowns.

We're thinking some folks in Boston might walk to work tomorrow. As for that train operator, according to the Boston Herald, he's on administrative leave.