Boston Is Officially The Worst US City To Drive In 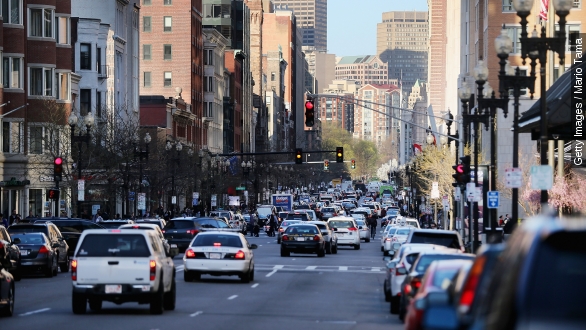 A NerdWallet survey named Boston the worst city for drivers in the U.S. because of its long traffic delays, snowy conditions and limited parking.

It's a pain to drive in Boston. And now it has officially been named the worst city for drivers in America.

After looking into driving conditions and insurance costs, NerdWallet found drivers in Boston "can expect 53 hours of traffic delays each year." (Video via YouTube / Eltiempo10)

In 2012, the Texas A&M Transportation Institute discovered Americans on average spend around 38 hours a year stuck in traffic.

NerdWallet also determined Boston has on average more days of bad weather than other cities and "only 1.36 parking garages and lots for every 1,000 commuter cars."

The Boston Globe reports this is because the city has had a "parking freeze" for their downtown section since 1978, which limits spaces for public parking at just over 35,500.

And a 2014 Allstate Insurance report found that Boston has some of the worst drivers.

According to the findings, Boston drivers have about a 130 percent likelihood of getting in an accident compared with the national average. Out of the 200 cities Allstate looked at, Boston came in at the 199th spot.