Who Is Boris Johnson? 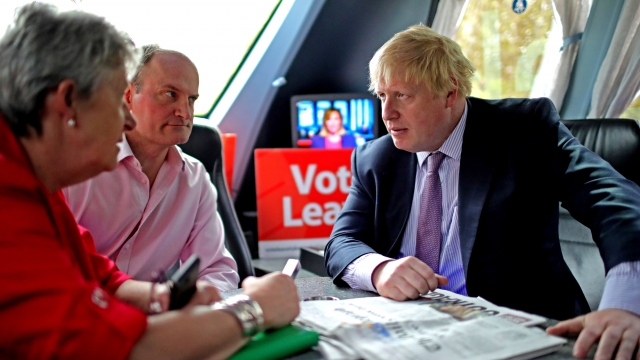 Boris Johnson is the U.K.'s next prime minister. But who is the British lawmaker?

Johnson was actually born in New York City in 1964. He spent his early years in New York, London and Brussels before heading off to boarding school in England. After attending Eton College, Johnson pursued a career in journalism. He worked at a few different media outlets until he left The Spectator in 2005 after serving as the magazine's editor for six years.

Johnson also had an interest in politics, becoming the Conservative Party's candidate for Clwyd South in the House of Commons in 1997. He ultimately lost the position to the Labour Party's incumbent. That failure didn't hold him back, though. In 2001, Johnson was elected as a Member of Parliament for Henley-on-Thames. He was reelected to that seat in 2005.

Then, three years later, Johnson became London's second-ever elected mayor. He oversaw arrangements for the 2012 Olympics in London. In 2016, after returning to Parliament, Johnson became a major supporter of the "Leave" the European Union campaign, or "Brexit." As we all know, later that year, the U.K. voted to leave the EU, and it's been a back-and-forth battle ever since.

Johnson then moved on up the political ladder to become Theresa May's foreign secretary. He resigned from that position in July 2018, just days after U.K. leaders came to an agreement on what Brexit should look like and set a date for it.

In May of this year, a judge ordered Johnson to appear in court over allegations that he misled the public about Brexit. Before the referendum, Johnson campaigned for Brexit with a central claim that Britain was paying 350 million pounds a week to be a member of the EU.

Critics say that figure was deliberately misleading and the number is closer to 190 million pounds a week.

Johnson has a history of controversy. As a journalist, Johnson was fired from one paper for fabricating a quote and was later forced to apologize to the city of Liverpool after writing an insensitive editorial. As a politician, Johnson was fired as the shadow arts minister amid claims that he was having an affair with a fellow journalist. He's also been criticized for his personal political ambitions. And he's made some controversial comments about sexuality and race, though he has said some of them were "wholly satirical" and others were taken out of context.

In his biography, Johnson is described politically as a "genuine liberal" on economic and social matters. Personally, he's described as having a "Tory element" with his "love of existing institutions, and a recognition of the inevitability of hierarchy."