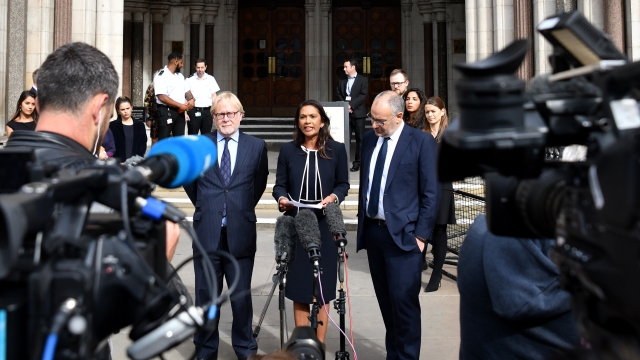 SMS
Boris Johnson's Plan To Suspend Parliament Ruled Legal By High Court
By LeeAnne Lowry
By LeeAnne Lowry
September 6, 2019
The ruling is set to be appealed in the supreme court Sept. 17.
SHOW TRANSCRIPT

Businesswoman and anti-Brexit activist Gina Miller's legal challenge to the suspension was heard on Thursday by "three of the most senior judges in England and Wales," according to the Guardian.

After the challenge was rejected, Miller said outside of the courthouse, "We need to protect our institutions. It's not right that they should be shut down or bullied especially at this most momentous time in our history." She is set to appeal the ruling before the British supreme court on Sept. 17.

But Parliament seems to have stitched together a solution to the impending Brexit deadline. The U.K. House of Commons voted Wednesday to effectively remove the possibility of a no-deal Brexit, and the House of Lords passed it without amendments on Friday. It's set to become law Monday after it receives royal approval.