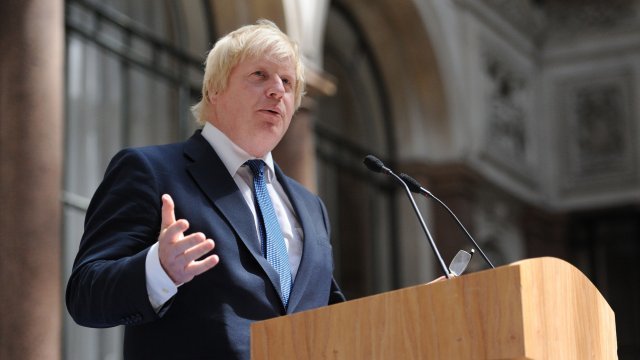 SMS
An Iranian Prisoner May Be In More Trouble After UK Minister's Comment
By Ethan Weston
By Ethan Weston
November 12, 2017
And some British politicians are calling for the prime minister to fire him because of it.
SHOW TRANSCRIPT

A number of high-profile politicians in the U.K. are calling for the prime minister to fire Foreign Secretary Boris Johnson after a statement he made about a British citizen imprisoned in Iran.

Johnson's critics say his comments could be damaging in her case.

Iran does not have a good history with journalists. Reporters Without Borders says the country is one of the world's worst offenders when it comes to imprisoning and threatening journalists and their families. 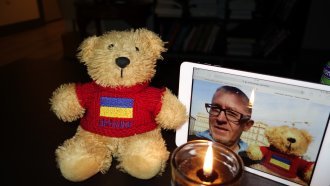 Russian Journalist Lives In Exile In The US After Colleague's Death

And the United Nations recently urged Iran to stop harassing the staff and families of BBC Persian, which the country says was participating in a "conspiracy against national security."

Zaghari-Ratcliffe's family and employer have maintained she was in Iran visiting family. But Iran's state-run media have called Johnson's statement evidence of illegal activities. There are fears that could lead to a longer sentence.

Zaghari-Ratcliffe is just one of many foreigners being held in Iran. A Reuters investigation found at least 30 people of dual nationalities have been imprisoned by the country's revolutionary guard in the past two years, mostly on charges of spying.

All of this serves as a backdrop for Johnson's upcoming visit to Iran, where he will discuss the issue of Zaghari-Ratcliffe's release with authorities directly.