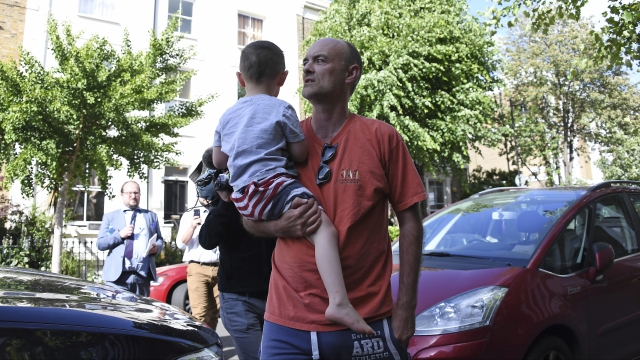 British PM Johnson says his adviser was acting "responsibly and legally" when he broke lockdown rules to meet childcare needs.

British Prime Minister Boris Johnson is standing by his chief adviser who has been accused of breaking the government's own lockdown rules.

The U.K.'s lockdown only allows leaving home for essentials and errands. British newspapers report that Johnson's aide, Dominic Cummings, traveled over 250 miles to visit his parents' house, sparking complaints of government hypocrisy and calls for Johnson to fire him.

The prime minister's office said Cummings traveled because his wife showed symptoms of COVID-19 and he was starting to feel sick as well. His parents had offered to watch their young son.

Johnson said, "He found those needs where they could best be, best be served, best be delivered. And yes, that did involve travel. But I have to say, I think that looking at the situation, I think any father, any parent would frankly understand what he did."

New reports that Cummings has violated the lockdown multiple times emerged in newspapers Sunday, but Downing Street wrote them off as false allegations.

An official with the rival Labour Party said the prime minister's refusal to condemn his aide is an insult to "every person in this country who has made sacrifices to follow the rules he implemented to save lives in this pandemic."