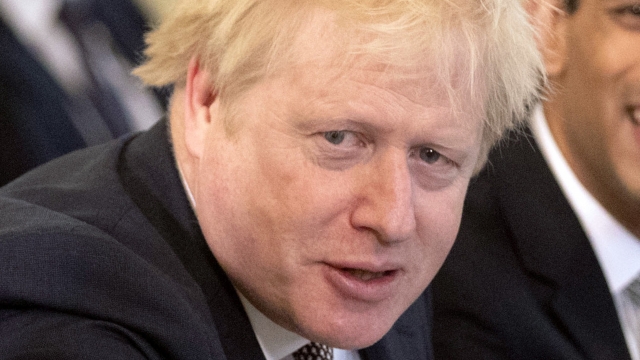 SMS
Boris Johnson Aide Resigns Over Controversial Comments
By Briana Koeneman
By Briana Koeneman
February 18, 2020
Not long after Andrew Sabisky was appointed, critics pointed to multiple online comments he made and called for his removal.
SHOW TRANSCRIPT

An aide to British Prime Minister Boris Johnson has resigned as public outrage over his previous controversial comments continues to grow.

Andrew Sabisky announced his resignation in a tweet Monday. He said the "media hysteria" surrounding his past assertions are "mad," and he doesn't want it to be a distraction for Johnson's government. Sabisky's Twitter account has since been deleted.

Not long after Sabisky was appointed, critics pointed to multiple online comments he made and called for his removal.

Back in 2014, Sabisky suggested in an online post that black Americans have a lower IQ than white Americans.

That same year, he posted another comment arguing enforced contraception at the onset of puberty could prevent "creating a permanent underclass" with unplanned pregnancies.

And in a 2016 interview, he said the benefits of giving children mind-enhancing drugs for educational purposes are "probably worth a dead kid once a year." He also expressed support for eugenics — the widely denounced idea of selectively breeding humans.

The prime minister's office refused to comment on Sabisky's remarks.