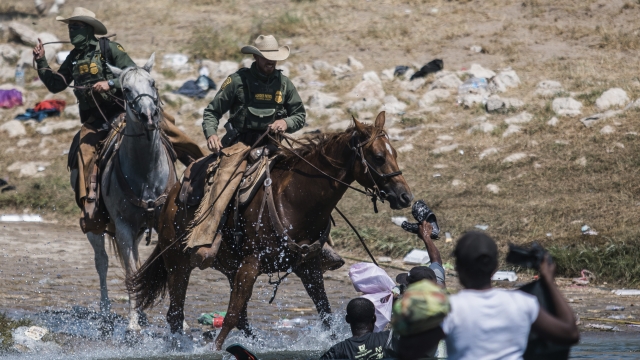 Stunning video is spreading through social media and it's raising questions about the treatment of migrants packed in makeshift camps in Del Rio, Texas.

The video was captured by Al Jazeera on Sunday. It shows Border Patrol Agents using their horses to push back men, women and children towards the Mexican border.

An agent is heard cursing as a child jumps out of the horse's path. Then an agent whips his rein. 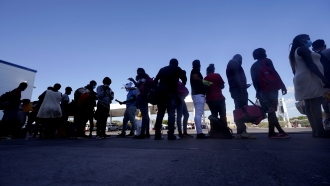 "It's a challenging situation," White House press secretary Jen Psaki said. "It's devastating to watch this footage. I think it's important for people to also know that what we're trying to do is also protect people. For one, we've been conveying that this is not the time to come. ... We've been working with the American Red Cross to bring in much needed resources. We've worked with World Central Kitchen to bring in meals and we have been expediting repatriation flights."

Homeland Security Secretary Alejandro Mayorkas says his department is investigating. In a statement, DHS said it does not tolerate the abuse of migrants and finds the footage "extremely troubling."