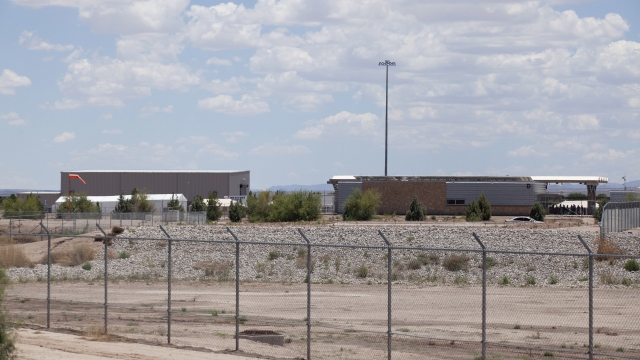 SMS
Border Patrol Requests 2 New Tent Facilities In Texas
By LeeAnne Lowry
By LeeAnne Lowry
April 17, 2019
The agency said it needs the additional housing because of an overwhelming number of people crossing the border.
SHOW TRANSCRIPT

U.S. Customs and Border Protection is planning two new tent facilities in Texas to temporarily house migrants. They'll be located in the cities of El Paso and Donna.

Border Patrol told potential contractors it plans to house up to 500 people per facility. Documents show each location would have one large tent with mats to sleep on. It'll be divided into different areas for families and unaccompanied children.

The facilities are estimated to cost over $37 million.

Border Patrol says this is a necessary step because of an overwhelming number of people crossing the border.

An agency official said in a statement it is "committed to finding solutions that address the current border security and humanitarian crisis at the southwest border in a way that safeguards those in our custody in a humane and dignified manner."

The agency has faced criticism in the past for "unhealthy" conditions at its facilities.

Border Patrol told the contractors the project must be completed by the end of April. The tents are intended to be used for up to eight months.