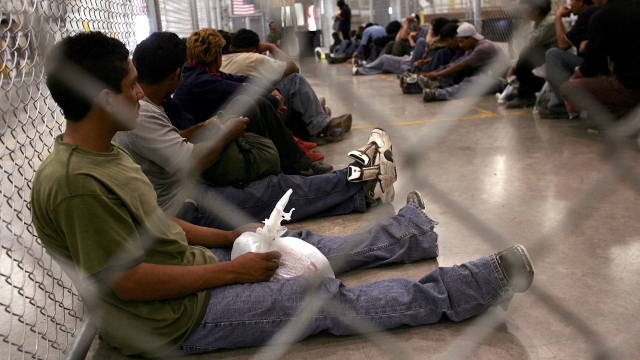 "These numbers are numbers that no immigration system in the world is designed to handle, including ours. Arrivals from families in the fiscal year 2019 more than tripled any previous fiscal year on record."

"And what continued to drive and pull Central American families to our borders was the public knowledge that the United States immigration laws are filled with loopholes. ... If you make it to United States border with a child, it was your passport into the tier United States."

Family units accounted for nearly half of the arrests in fiscal year 2019. A generation ago, most people attempting to cross the border were single adults.

In September, the month the fiscal year ended, officials reported the lowest number of border "encounters" all year: just over 52,000. Crossings peaked in May, which saw a little more than 144,000 people.

Morgan attributed the drop to new initiatives that "ensured results, restored the rule of law and, closed the loopholes that undermined the integrity of our immigration system."