Border Patrol Isn't Releasing Migrants in Florida 'At This Time' 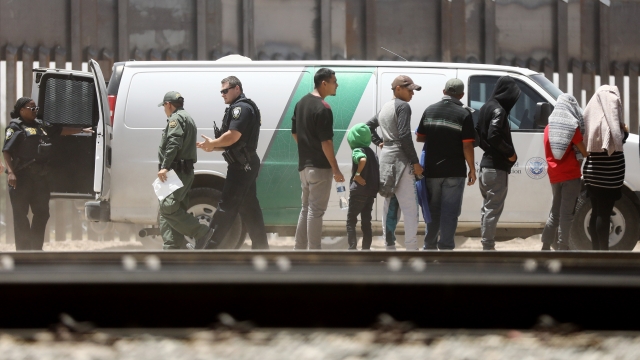 U.S. Customs and Border Protection says it is not releasing migrants in Florida "at this time."

The clarification comes after Florida officials said they found out Border Patrol would be sending 500 migrants a month each to Broward and Palm Beach counties starting in the next two weeks. The Palm Beach County Sheriff said Thursday it had no strategy to provide food or shelter.

Sheriff Ric Bradshaw said in a press conference, "Our resources are already stretched in this community as far as the charitable organizations that try to take care of the homeless. We have a homeless problem. We're dealing with hepatitis A outbreak, we're dealing with measle outbreaks."

Border Patrol says there isn't a plan to send migrants to Florida right now, but it's looking at the processing capacity at Border Patrol sectors across the country.

The agency told Newsy it's apprehended over 500,000 migrants on the border in 2019 so far, and last week it averaged 4,500 people each day. Border Patrol is struggling to keep up with the influx.

A 1997 law stipulates that families can only be detained for up to 20 days.