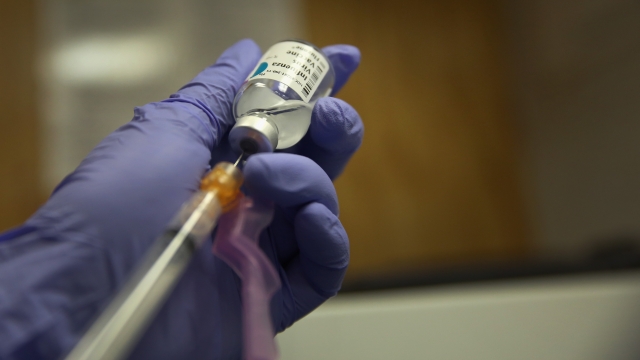 A newly released letter shows U.S. Customs and Border Protection ignored a CDC recommendation to vaccinate all detained migrants against the flu.

That's according to a letter, first obtained by the Washington Post, from the CDC to Rep. Rosa DeLauro, the official that oversees funding for the CDC. It said, "CDC’s recommendations are clear: flu vaccines should be administered to people as soon as possible to prevent the spread of this deadly disease." The letter said migrants are more susceptible to contracting the flu due to CBP keeping "families locked in cages for extended periods of time."

But a CBP spokesperson told the Washington Post that it "would be logistically very challenging" to implement a comprehensive vaccination system, adding CBP has not, and does not plan to implement influenza vaccines.

DeLauro has been looking into the deaths of multiple migrant children in CBP custody. In the 2018-2019 flu season, at least three detained migrant children, ages 16, 8 and 2 died of the flu.