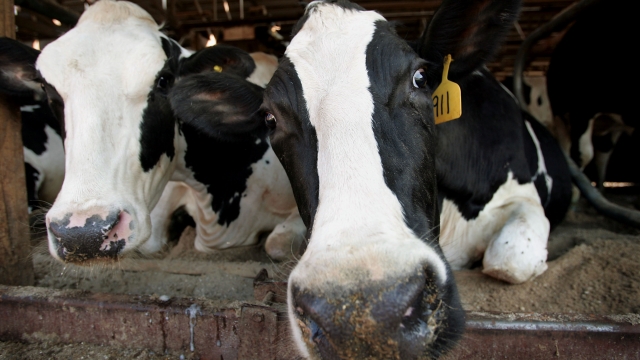 SMS
Borden Is The Latest U.S. Dairy Producer To File For Bankruptcy
By Gage Jackson
By Gage Jackson
January 6, 2020
Borden is the second major dairy company to file for bankruptcy protection in recent months.
SHOW TRANSCRIPT

Borden Dairy Co. filed for bankruptcy Monday, becoming the second major milk producer to do so in recent months.

Cow milk consumption has lagged in recent years as consumers have gravitated to dairy-free options such as soy, almond and oat beverages.

The company said it saw net sales just north of $1 billion in 2018, but with that came a net loss of nearly $15 million. That loss grew to more than $40 million the following year, according to the filing.

CEO Tony Sarsam said in a statement, "Despite our numerous achievements during the past 18 months, the company continues to be impacted by the rising cost of raw milk and market challenges facing the dairy industry."

Borden currently employs about 3,300 people, but the company says it plans to continue normal operations as it reorganizes through the courts.